The Growth of Organized Crime in the United States

Were it not for the prohibition of alcohol in the early 1900s, the United States may not have seen the growth in organized crime that so defined the century. Prohibition (1920-1933) transformed loosely structured gangs into highly efficient crime syndicates, in part because law enforcement was woefully unprepared to combat organized crime. Bootlegging operations capitalized on the demand for alcohol and earned public support. Even when the 18th Amendment was repealed, ending Prohibition, the Chicago and New York City mafias kept their strongholds with diversified operations. Only in the 1960s and 1970s, with federal initiatives such as the Racketeer Influenced and Corrupt Organizations (RICO) Act, did law enforcement gain the tools to effectively combat organized crime.

This case chronicles the rise of organized crime in the United States, centering on the crime syndicates of Chicago and New York City. Surveying the preconditions, bootlegging operations, turf wars, and political corruption, the case follows the careers of famous mafiosos such as Al Capone, as well as the legacies of ineffective and effective political leaders. 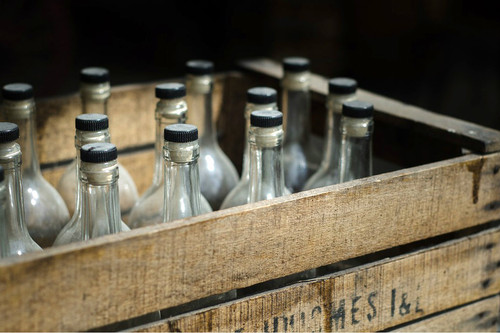 The Growth of Organized Crime in the United States